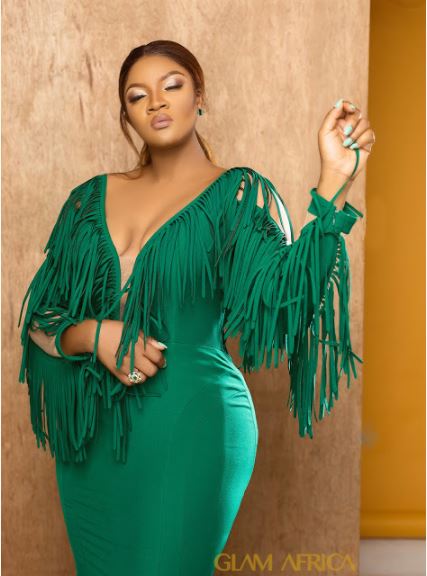 In one shot, the "Alter Ego" star and mother of 4 - Omotola Ekeinde is dressed in a green figure hugging gown with frills flattering the front.

Omotola-Jalade Ekeinde exudes glamour and style for her Glam Africa magazine cover feature.
In this edition of Glam Africa, ‘Omos*xy’ as she is fondly called discusses her controversial role in ‘Alter Ego’, managing her family life while forging a career, and much more.
The screen idol is also a singer, philanthropist and former model. Since her Nollywood film debut in 1995, the leading actress has appeared in 300 films, selling millions of video copies.
She is currently 39 and she is happily married to a pilot for 12 good years.
See more photos below: