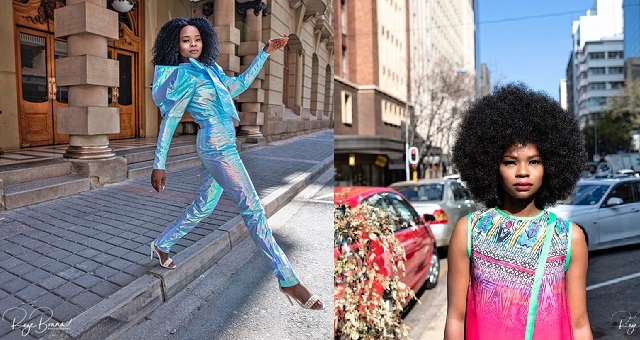 Nigerian ‘grass to grace’ model, Olajumoke Orisaguna has gone international as she starred in an Editorial Shoot in faraway South Africa.
The 29-year-old mother of two, keeps on growing her portfolio and making a stamp in the modelling industry and we couldn’t be more proud.

Asides being a vlogger and recently bagging a show on African Magic Yoruba, the fomer bread seller recently walked the runway at the just concluded Soweto Fashion Week in South Africa.
During her stay, she had an editorial photoshoot with South Africa’s top designer David Tlale.
See more photos below: