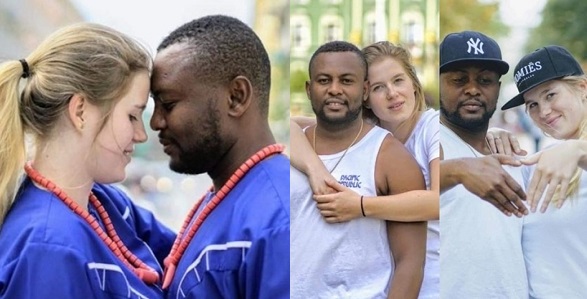 The pre-wedding photos of Nigerian man who is set to marry his gorgeous oyinbo bride have begun to melt hearts online since it emerged.
A young Nigerian man who hails from Imo state, identified as Rafael Onyeka, who got engaged to his white fiancee on August 11, is set to tie the knot with her.

The obviously elated groom took to social media to share several pre-wedding photos of himself with his fiancee.

The pair is set to get married on August 18, in Helsinki, Finland. As at the time of filing this report, the nationality of his bride is not known.
See photos below,