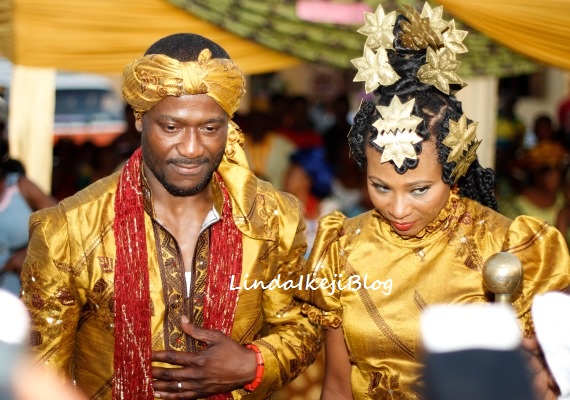 In Nigeria, marriage is definitely a big deal considering the kind of money and energy people invest into it to make it happen. That is the period where every bride gets to feel like a queen because of the way they are celebrated. It is usually a royal event and depending on how big the wedding is, you will be shocked to find the important dignitaries in the society there
SEE ALL ON THE PAGES BELOW
10. The Annang People of Akwa Ibom state
The Annang people are found in Akwa Ibom state and they are the second largest ethnic group in Akwa Ibom state. Any groom who intends taking a bride from the Annang people must be ready to meet fulfill the traditional marriage rites which is indeed expensive because of the loads of stuff and fees that the groom is expected buy and pay for.
9. The Ogoja People of Cross Rivers state
The Ogoja people are found in Ogoja Local Government Area of Cross Rivers State. The major communities in Ogoja are Ekpogrinya,, Nwang, Esham, Nnang, Egbong, Ewinimba and Banasara. Marrying an Ogoja lady is expensive because of all that is required for the groom to fulfill before the bride can be handed over to him.


8. The Ibibio People of Akwa Ibom state
The Ibibio people are found in Akwa Ibom state and they are known to be hardworking people especially when it comes to the Agricultural sector. The requirements from any man who wants to take an Ibibio woman is a wife can be said to be expensive because of the numerous components that makes up the list.
7. The Efik People of Cross Rivers State
The Efik people have a rich culture and marriage is not left out. A groom is expected to organize a carnival like event for the traditional marriage especially if he is getting married to the daughter of an influential person in the town.
6. The Ngwo People of Enugu State
The Ngwo culture requires that any man that wants to marry their daughter must be willing to prove that he can take care of their daughter by first meeting their requirements which often is expensive
.5. The Ikwere People of Rivers State
The Ikwere people are found in Rivers State and they are generally considered to be Igbo people because of the similarities in both their language and culture of the Igbo people. Taking a bride here is in excess of one million naira, hence it is amongst the most expensive cultures to marry from in Nigeria.
The Mbano People of Imo State
Mbano is a community that is located in the Southeastern part of Nigeria and they are part of the Igbo people of Nigeria. The groom must fulfill all that is listed in the marriage list, and in some cases, if the groom is wealthy, he might even be required to build a house for the bride’s parents as part of the marriage requirements.
3. The Mbaise People of Imo State
The Mbaise people are found in Imo state part of Nigeria and they occupy three local government areas in Imo State (Aboh Mbaise, Ahiazu Mbaise and Ezinihitte Mbaise). The Mbaise people are known for their quest for higher education, hence the large numbers of graduates and professionals amongst them. The Mbaise culture is amongst the most expensive cultures to marry from in Nigeria because of the numerous components that make up their traditional marriage list. As a matter of fact, the more educated the bride is, the more expensive the marriage list becomes.
2. The Ngwa People of Abia State
The Ngwa people are found in Abia state of Nigeria and they constitute the largest and most populous sub – ethnicity or clan in the whole of the south – eastern part of Nigeria. The culture of the Ngwa people is said to be amongst the most expensive cultures to marry from in Nigeria because of the many things the groom is expected to do for the bride’s family and for the entire community where the bride hails from.
1. The Nkpa People of Abia State


The Nkpa people of Abia state are found in Bende local government of Abia state. Marrying an Nkpa lady is truly expensive especially if you are not from Nkpa. The list for the traditional marriage rite is designed in such a way that it is cheaper for and Nkpa man that is getting married to an Nkpa lady; but if a man who is not from Nkpa is seeking for the hands of an Nkpa lady, he must be ready to organize a marriage ceremony that accommodates the entire community, and also must buy gifts not only for the parents of the bride, but also for all the kinsmen (Umu nna) and their daughters (Umu Ada).
Posted by mediaceo
Share to: