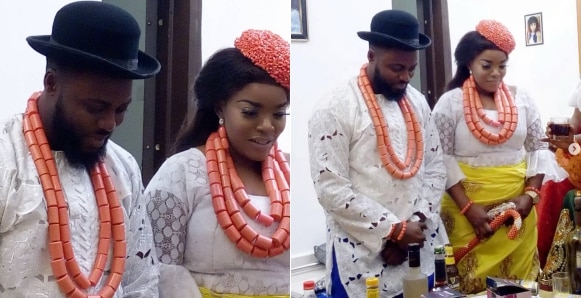 Nollywood actress, Empress Njamah is married to colleague in the industry, Daniel Lloyd.
The couple announced their lowkey traditional wedding today on their Instagram pages.
Daniel posted a picture of them from the traditional video and captioned it, 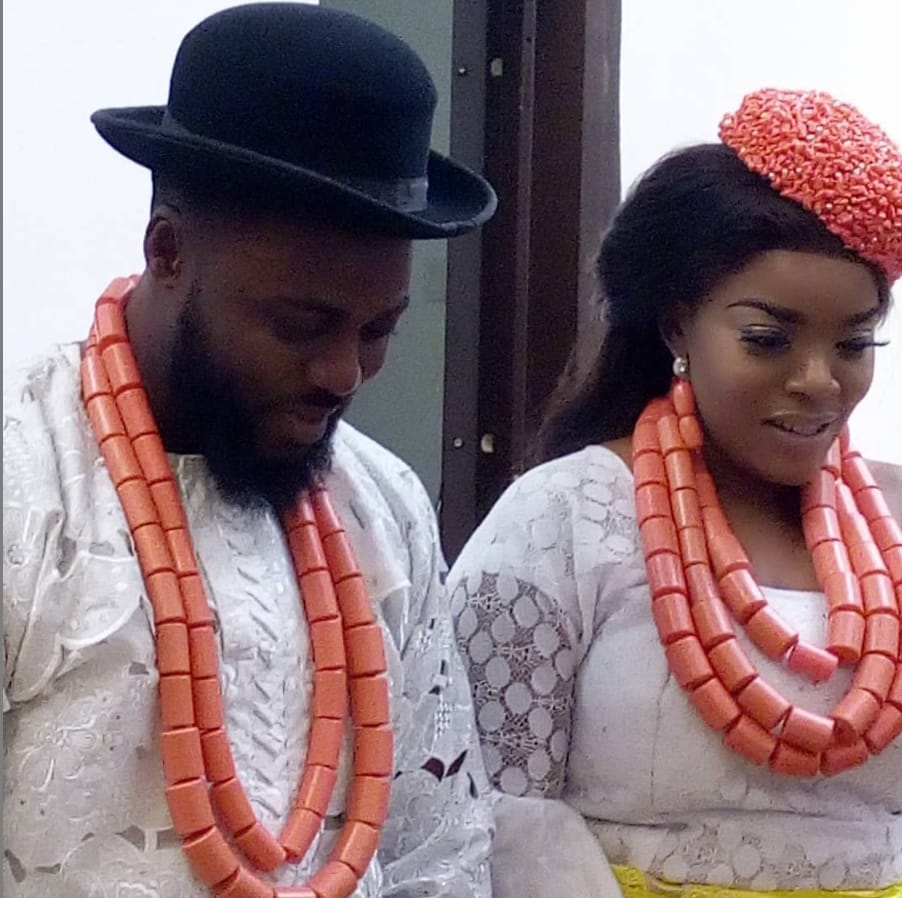 “A’MOR ❤
Together for Ever”
Empress also posted hers and captioned it, 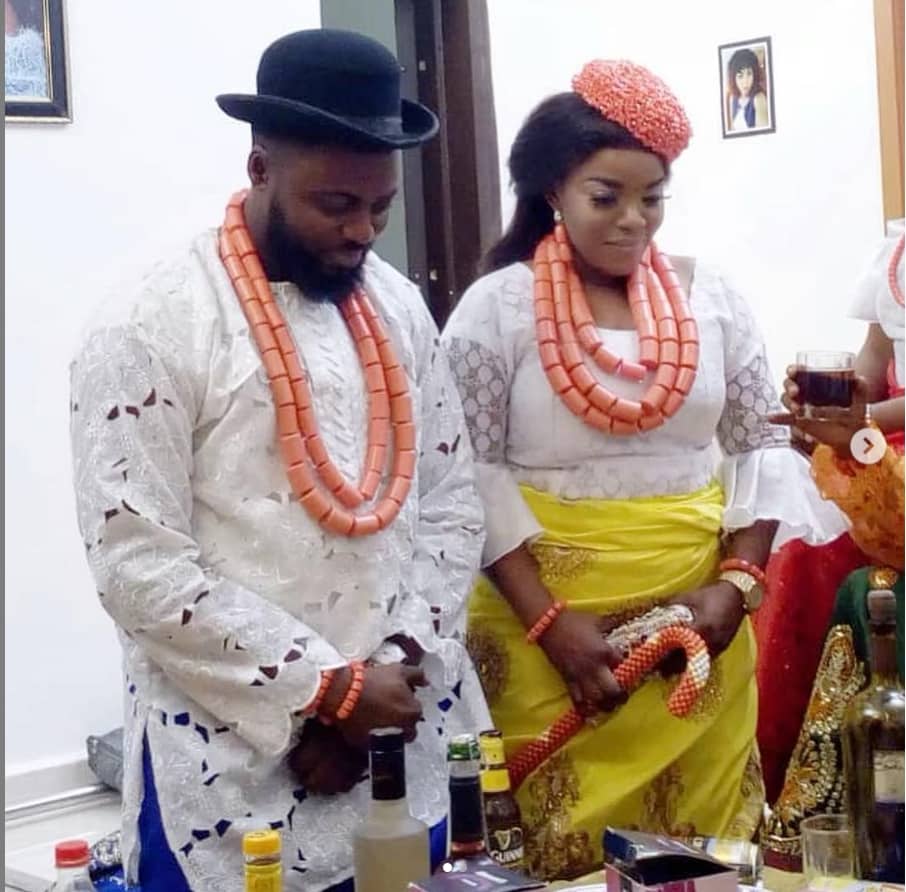 “1+1=ONE
TOGETHER FOREVER”
However, some fans think it may be a movie. This is based on a post in November where he referred to Empress as ’sis’.
Daniel Lloyd is a Nigerian actor and model from Bayelsa state.
Daniel is one of the actors to feature in both Nigerian and Indian (Nollywood and Bollywood) movie titled J.U.D.E as shot on a location in both Nigeria and India.
Asides acting, Daniel Lloyd was a manager to the music sensation, Timaya.
Empress Njamah is a Nollywood actress, model, entrepreneur and philanthropist.
Empress once dated the popular Nigerian musician, Timaya and both parted ways due to irreconciliable differences.
Empress once stated that celebrity marriages do not last and there really isn’t any essence in wasting funds for a wedding that will not stand the test of time.